In celebration of supporting women in Calgary communities, the Women’s Centre launched an Artist in Residence program (AiR) for our 20th Anniversary (2017).

We aim to provide more opportunities for women experiencing marginalization to connect with Calgary’s arts and music community, while also providing increased visibility and support to local women-identifying artists. We select one artist or group of artists for each season of the year to lead skill building workshops and perform at special Women’s Centre events to provide all women in Calgary with new opportunities to celebrate creativity. This program includes any style of art: visual, music, film, etc. 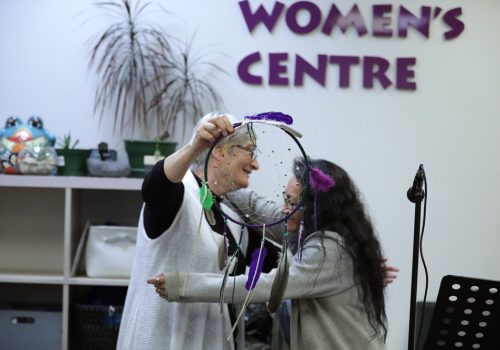 AiR shares the Women’s Centre vision of women supporting communities and communities supporting women. We achieve community building through showcasing the artists, sharing art practice, collaborating on projects, and hosting workshops and events. The artistic vision of each residency is ever growing based on the unique goals of each individual artist and their collaboration with women in our community. Our goal is to host inclusive events at the Women’s Centre with artists and participants of all experience levels and diverse backgrounds.

How can women get involved and support the program?

Meet the Artists in Residence of 2020!

This year, we are collaborating with four artists; Penny Gunderson, Claudia Chagoya, Julia Rose Sutherland and Mariya Stokes to bring diverse experiences to the Centre for all to participate in.

Penny Gunderson is a visual artist who lives and works in Black Diamond. Her practice employs the use of encaustic wax. This is a process of printing black and white photos onto fabric and dipping the fabric in encaustic wax to produce luminous images. Gunderson also works with a technique called slow stitching to beautify and mend clothing that would otherwise be discarded. She says, “There is a history of women taking  part in sewing and quilting circles. It was considered a time to create useful items while also fulfilling a social need. Isolated women gathered and discussed the births, marriages, illnesses and deaths in their community. In a way they stitched their community knowledge and tributes of community members into the items they created.” 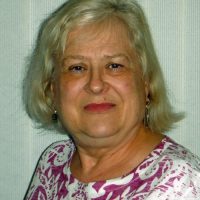 If Kacey Musgraves and Meghan Trainor had a country-soul love-child, the result would be Calgary, Alberta based country artist Mariya Stokes. The Alberta Country Music Associations 2019 Female Artist of the year released her debut single, “Hands on My Body” in February 2019, introducing herself with a simple, sexy anthem that blurs the lines between country and pop. Her follow-up single, “Christmas, Arizona,” was released in November 2019, and will be followed by her debut EP in Spring 2020.

Growing up in Stavely Alberta, Stokes spent time in her parents’ small-town bar, and at eight years old, was sneaking in on Friday afternoons to sing with the local jam band. She has been pursuing music ever since with a heavy focus on songwriting.

Stokes cares deeply about her community and is an Artist in Residence for the Women’s Centre of Calgary in 2020. 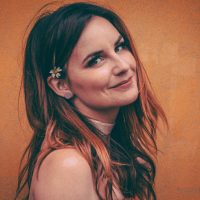 Claudia Chagoya is a Mexican artist that recently obtained her MFA in sculpture from the University of Calgary. She holds a BFA in visual arts from Instituto Allende in Mexico. Her practice researches the violence that women experience derived from negative perceptions. Her current body of work focuses on the killing of women because of their gender (feminicide) and its aftermath; specifically, the difficulties of mourning these violent deaths associated with tainted portrayals of the victims. Chagoya’s works reference her Mexican cultural, social, and political background, where impunity and negligence  surround the thousands of murders that happen each year. 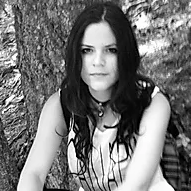 Julia Rose Sutherland is Canadian artist who is a member of the Metepenagiag Mi’kmaq Nation. She has an interdisciplinary practice that utilizes mediums such as photography, sculpture, writing and performance. Sutherland completed her BFA with the Alberta College of Art and Design in 2013 and completed her MFA at the University at Buffalo in 2019. She has shown and participated in residencies internationally in Canada, USA, China and France. 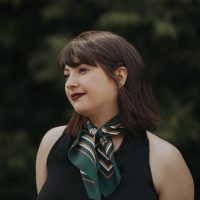 Alumni of the AiR program include: